We would like to highlight two sites that have been fantastic contributors to the trial. Royal London Hospital, UK and Lahore General Hospital Unit II, Pakistan have between them recruited over 500 patients to the trial.

The Royal London Hospital team, led by principal investigator Tim Harris, was the first UK site to start recruiting patients in 2013. The team has led the way in the UK ever since by recruiting over 250 patients. 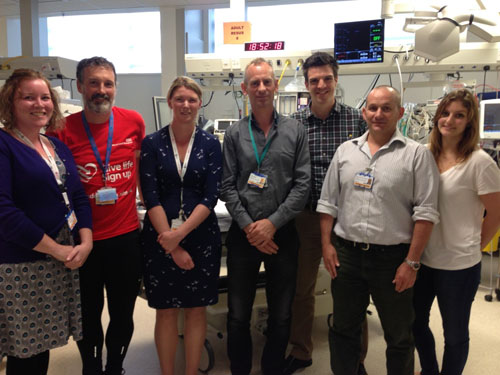 We asked the team why they chose to participate and what they believe has helped their team in recruitment. They told us:

“CRASH- 3 is so important as it aims to improve the treatment and therefore the outcome of patients suffering with significant traumatic brain injury (TBI). TBI not only affects the individual in often a life altering manner but friends and family also. If TXA is proven to be effective in reducing intracranial haemorrhage then we can use a familiar and cheap drug with great safety profile to improve patients’ outcomes. CRASH-3 will make a massive difference in resource poor countries where CT scans and surgical interventions are not as readily available.'

We believe our success is also partly down to the good relationships that we have both with the nursing staff and doctors within the departments as well as the regular teaching and Professional Legal Representative training we provide which promotes staff ownership of the trials and means that they can be actively involved in the recruitment process.”

Lahore General Hospital (LGH) Unit II is one of three units in LGH taking part in the trial. They began in February 2015 and are recruiting on average 12 patients per week, over 300 in total so far! This is an amazing achievement. 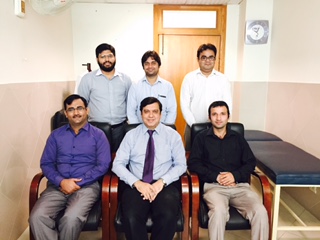 Professor Tariq Salahuddin, who retired in May 2015, explained why the trial is so important to him and reflects on the way the team has worked so far.

“I think the CRASH-3 trial will have a definitive impact on the final outcome of TBI patients in the long run. The success of our centre in randomising 250 patients in the first 4 months was simply an example of collective and collaborative efforts. An example of a team being lead from the front with sheer devotion and commitment. I'm sure other centres will also follow our team effort and strict monitoring of the data on a daily basis. I must thank the London office and the team who provided excellent backup and guidance.”

Thank you and congratulations to both teams who have done such hard work for the trial!